Stunt version of Captain America’s main sidearm used in the production of the 2011 Joe Johnson superhero film Captain America: The First Avenger. Steve Rogers, a rejected military soldier, transforms into Captain America after taking a dose of a “Super-Soldier serum”. But being Captain America comes at a price as he attempts to take down a war monger and a terrorist organization.

This standard issue military gun was used by Captain America, actor Chris Evans on his first outing as the superhero to try and save the lives of military soldiers being held captive by The Red Skull. This is a stunt gun, made of foam rubber and was cast from the live fire hero. This piece is dark grey in color with brown grips and features cast in markings of the real gun Accompanying the pistol is a standard issue brown leather holster with metal clip on the back and the lettering ‘US” molded into the leather. This set all remains in excellent, production used condition. 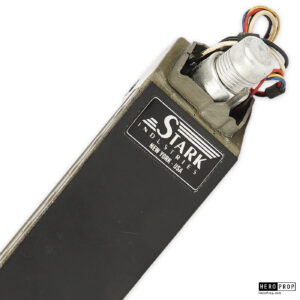 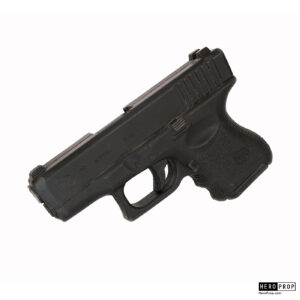