Original costume worn by one of the main villains of the Fred Dekker directed and Frank Miller written science fiction film Robocop 3. Greedy corporation Omni Consumer Products is determined to begin development on its dream project, Delta City, which will replace the derelict Detroit. To achieve this end, O.C.P. is employing armed forces to bully residents out of the city, under the guise that they are just doing their part to reduce crime and root out thugs. After RoboCop (Robert John Burke) joins the civilian resistance, he sustains severe injuries but recovers to battle advanced ninja robots developed by O.C.P.

This costume was worn by the character of Otomo, actor Bruce Locke who was introduced in the films 3rd act and served as an advanced ninja robot who faces off with Robocop. This is a distressed version of the costume and was used during the battle sequences. This costume features a pair of black puffy pants with layer details and leather wraps around the ankles with small metal buckles. The pants are held together via small push clasps. The jacket section matches the pants and is open in the front resembling a kimono and includes a black silk undershirt that features burn damage around the neck area. This costume was custom made by the production and labeled accordingly. This item remains in excellent, production used condition. 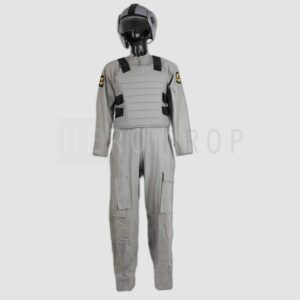 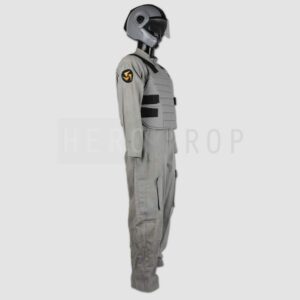