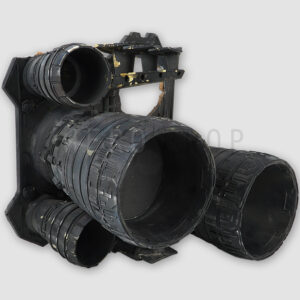 Engine section of the space shuttle miniature featured in the production of the 1998 science fiction film Armageddon. After discovering that an asteroid the size of Texas is going to impact Earth in less than a month, NASA recruits a misfit team of deep-core drillers to save the planet.

The engine section was used on the full size filming miniature of the experimental X-71 space shuttle. This piece features a heavily damaged section that was used when the X-71 space shuttle crashed onto the asteroids surface. This piece is made of cast resin and features a large bottom plate with four large resin casts engines present. The base features intricate detailing and a large hole where one of the main thrusters broke off during filming this scene. This piece shows sign of wear from use in the film but remains in excellent, production used condition. 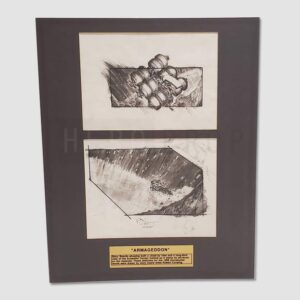