A futuristic pistol featured in the premier film of the three part series Divergent. This non firing version can be seen being used by principle characters and made specifically for the film. Made of resin and has been painted a metallic silver to give the look of metal. The trigger has been broken from production use but overall the prop remains in good screen used condition. 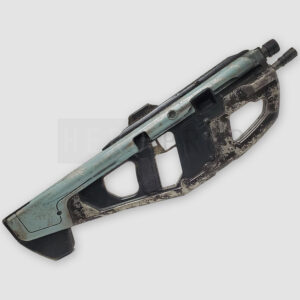