A collection of props as used by Max Da Costa played by actor Matt Damon from the production of the 2013 science fiction film Elysium. In the year 2154, humanity is sharply divided between two classes of people: The ultrarich live aboard a luxurious space station called Elysium, and the rest live a hardscrabble existence in Earth’s ruins. His life hanging in the balance, a man named Max (Matt Damon) agrees to undertake a dangerous mission that could bring equality to the population, but Secretary Delacourt (Jodie Foster) vows to preserve the pampered lifestyle of Elysium’s citizens, no matter what the cost.

This set includes: Max”s arm cast, hospital ID band and Armadyne medicine form. The cast is from Max’s left arm, the outside is a hard white shell with intentional dirt stains on it. The hospital ID band is blue in color and is unclipped and label shows that Max went to the E.R. and had Dr. K. Van Blankenstein attend to him. The medicine form has the Armadyne logo on the top, and shows that Max was diagnosed with radiation symptoms. All items remain in good production used condition.

These items come with a Hero Prop Certificate of Authenticity 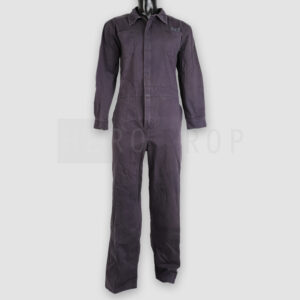