This set consists of a stunt HK P30 firearm cast from a live fire Pistol, retaining all the small detailing of the original gun. This piece is cast in a dense urethane rubber for safety while filming. Also included is a “Mind control” arrowhead used by the character. This style of arrowhead can most noticeably be seen in the sequel Avengers: Age of Ultron where he uses one to stop Wanda, actress Elizabeth Olson early in the film. This piece is cast in resin, painted silver with black detailing and features a screw attachment where It would have been attached to an arrow. This set includes a custom made acrylic wall display and remains in excellent, production used condition. 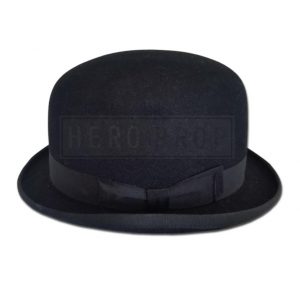