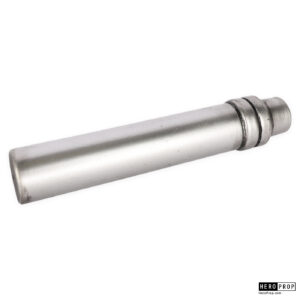 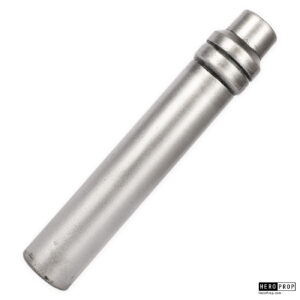 Imperial style code cylinder featured in the science fiction film Star Wars: Episode VII The Force Awakens. Set thirty years after Return of the Jedi, The Force Awakens follows Rey, Finn, Poe Dameron, and Han Solo’s search for Luke Skywalker and their fight in the Resistance, led by General Leia Organa and veterans of the Rebel Alliance, against Kylo Ren and the First Order, a successor to the Galactic Empire.

Cylinders such as these can be seen on Han Solo’s jacket and were used by the empire as data storage devices. This item is made of cast resin and cylindrical in shape. The piece has been painted a metallic silver with hues of gunmetal. This item measures 4” in length and remains in excellent, production used condition.